Samsung wants to make the transition from iPhone to Android significantly easier with a surprisingly well-made web application, iTest.

If you've been an iPhone user for a while and are thinking about joining the "opposing team," Samsung has made a significant effort to make your transition easier and to convince you that you don't have much to learn if you embrace the Android system. To this end, it has launched a site accessible at this address that hides a very well made web application.

Titled iTest, the web application can be saved on the main screen of your Apple phone, and when you touch it, it looks like you've switched to a Samsung smartphone, with a full interface, applications and a number of functions that you can use as if you had holding an Android phone.

With iTest, you can see all the native apps you have on a top Samsung phone. You can access many of them and understand how they work through interactive tutorials, videos, animations, notifications and more. As a nice detail, Apple did something similar in 2014, but at a significantly simpler level, with the same purpose, to convince you to give up Android. 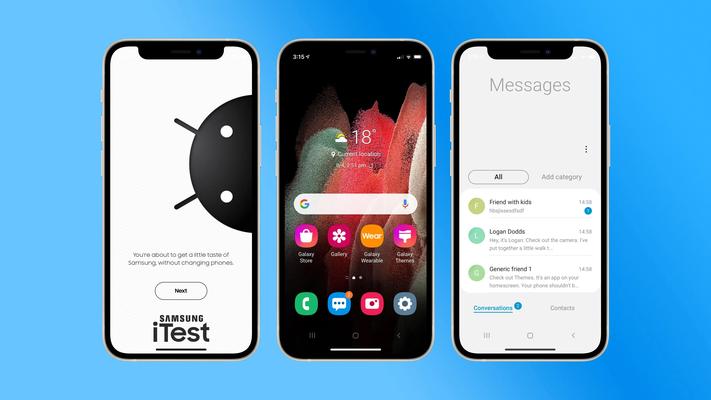 "We know that the idea of ​​making the transition to a new operating system can be daunting for many mobile users," said John Alexander of Samsung. "ITest was created to give consumers a little bit of Samsung without changing their phones. Although we can't replicate every feature or option, the experience allows users to explore a range of applications and features from the phone to messaging apps to the Galaxy Store, ”the South Korean company official added.

In the end, this marketing mechanism is fascinating and significantly more useful than other aggressive attempts in the past. It remains to be seen whether it will persuade users to migrate and, last but not least, whether they will give up the iPhone for Samsung, not for other Android devices.