Android 11 in probably the most enjoyable way

Samsung Galaxy A32 5G runs Android 11 with One UI 3.1, only it did it before it was "cool", being launched in the first month of the year. It's a minimalist, one-handed, hassle-free interface. 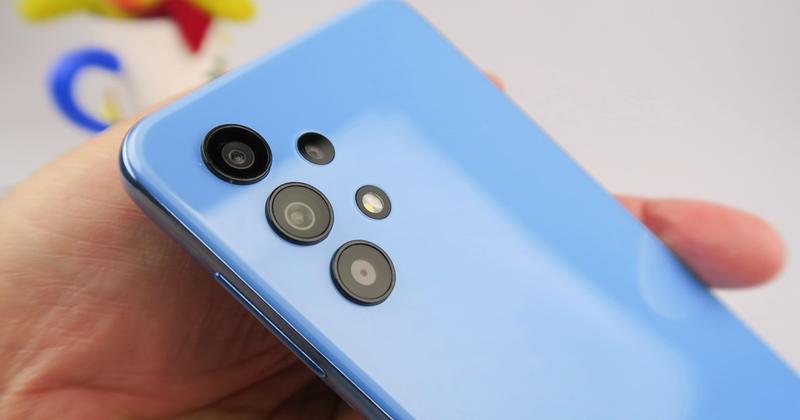 On the security side we have a side fingerprint reader, which has a speed I would say average, neither too fast nor too slow, but there is also the alternative of facial unlocking, only it is not a safe one, being only 2D. The combination of them is the best solution. For multitasking we have split screen, Recents area and floating screen windows . The widgets are transparent, and the Quick Settings area is on the stations, and below it we have the notifications.

Android 11 brought history for notifications, but also a separate section for chat applications. We also have Chat Heads, those bubbles for messaging apps. We also have Dark Mode and a "Brief Notification", which is a smaller, narrower version of notifications, which disappears quickly and no longer occupies the entire top of the screen. Speaking of busy screen, the dropdown area with notifications / quick settings now covers the entire screen when you drag it. There is also Link to Windows, Quick Share, but also options related to Privacy.

There is also a one-handed use in the settings, as well as Digital Wellbeing. You can opt for swipe gestures instead of navigation buttons. I also found Dual Messenger to use two Facebook Messenger accounts. Samsung promises 3 Android updates on this phone and 4 years of security updates. The lockscreen shortcuts are now monochrome, which happened with the arrival of One UI 3.1, and on the lockscreen we also have the wellbeing widgets that show you how long you're on the phone (usually too much).

There are also new media playback and multimedia control menus , as well as a more refined and extensive volume control menu. We also check for a more consistent administration of application permissions, the Edge side menu with shortcuts, but also a gaming hub, Game Launcher. Pre-installed applications include Office, Linkedin, OneDrive, Outlook, Netflix, Spotify, Galaxy Store, and more. No sign of Bixby or Smartthings though.

This is a classic midrange phone case with generous autonomy, on which you will consume videos and games, but inside rather than outside. You can shoot 4K videos that you can post on the web, you also have excellent Bokeh in pictures and the speaker does its job. One UI 3.1 and years of updates sell the phone on its own. It fights with OnePlus Nord CE 5G and is above the 4 big rivals: Realme 8 5G, POCO M3 Pro 5G, Redmi Note 10 5G, Moto G50 for the simple fact that it can film 4K and they can't. The Redmi Note 9T would be another rival, with 4K footage, but it's not really exceptional on camera either.

And the price is not much higher here, it was 1099 when I filmed the review and as soon as it drops a little it becomes a best buy phone. Basically, if we exclude the appearance with the screen, we have a 5G midrange phone that deserves all the attention when making purchase plans.